A powerful storm system moved across the central United States on December 10-11, 2021. This system resulted in widespread devastation with dozens of tornadoes touching down including a long-track tornado which ripped across four states. The exact length of the tornado track is still being determined, but may be the longest tornado track on record. As of December 15th, 2021 there are at least 74 known deaths in Kentucky alone with over 100 people still unaccounted for. 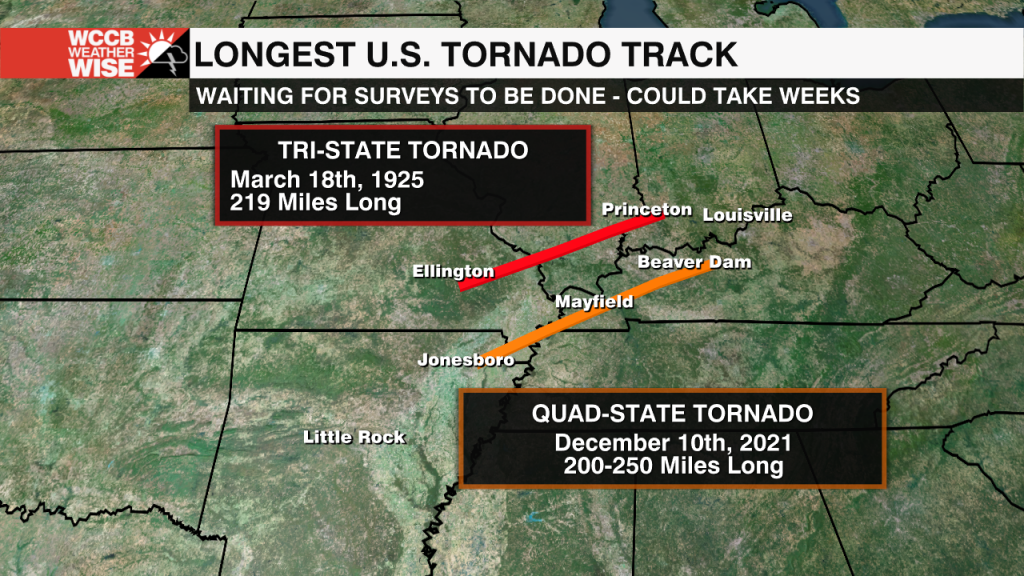 Surveys are still ongoing and may take weeks, but preliminary reports are already being released. “The portion of the long-track tornado from Fulton County to Muhlenberg County in Western Kentucky will be given a preliminary damage rating of EF4.” – NWS Paducah, Kentucky. It is important to note this is the track only in the National Weather Service Paducah, Kentucky area – this survey is preliminary and can change.

Thank you for your patience through the survey process of this historic tornado event that impacted Western Kentucky Friday night. The portion of the long-track tornado from Fulton County to Muhlenberg County in Western Kentucky will be given a preliminary damage rating of EF4. pic.twitter.com/N5hM3aEmKb

There is still a lot of unknowns at this point including the number of deaths, how many tornadoes touched down and their ratings. The National Weather Service is doing a wonderful job on getting this information out to the public as soon as possible.