STANLEY, N.C. — Police say a shooting on Thanksgiving Day in Gaston County has left one woman dead and her neighbor facing a 1st Degree Murder charge.

Gaston County Police responded to reports of the shooting on Stanley-Lucia Road around 1:30 p.m. on November 25th.

Officers say at the scene, they found 58-year-old Kathy Smith dead in her home from a gunshot wound.

Police then located a suspect at the scene, Smith’s neighbor 48-year-old Daniel Moxley, and took him in for questioning.

Following an interview with detectives, Moxley was charged with 1st Degree Murder in this case. 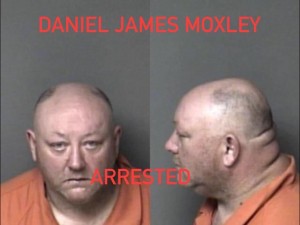 Moxley is currently being held in the Gaston County Jail with no bond, pending his first appearance in court, according to a news release.