The Gastonia Police Department says the missing 28-year-old woman, who was last seen on Nov. 18, has been located.

According to police, Amia Wingo was safely located and unharmed. 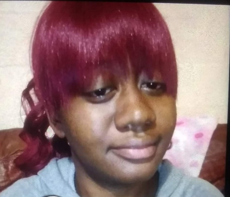 GASTONIA, N.C. — Detectives are asking for the public’s help in finding a Gastonia woman who went missing back in November.

Police say Amia Wingo, 28, was last seen on November 18th by her family at her home on McIntosh Street.

Wingo is described as a Black woman, 5 feet 10 inches, 125 pounds with brown eyes and dark hair that may be colored burgundy.

Police and Wingo’s family are concerned for her welfare.

Anyone with information regarding Wingo’s whereabouts is asked to call detectives at 704-836-0071 immediately.