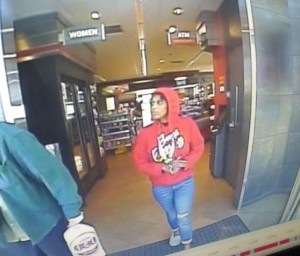 MATTHEWS, N.C. — The Matthews Police Department is asking for the public’s help identifying a suspect accused of assaulting a senior citizen at a store on Thursday.

Officers responded to the Quick Trip Store, located on Monroe Road, around 11:40 a.m. on Nov. 25 after a report of an assault on a senior citizen.

The victim informed police that the suspect had asked him for money while inside the store and that she became very agitated when he told her that he didn’t have any. As the victim was leaving the store the suspect confronted him in the parking lot, assaulting him by striking him and pushing him to the ground causing minor injuries to his face and hand, according to a news release.

The suspect has been described as a Black woman, around 5’8″ tall with a medium build.

Anyone with information is asked to please contact Detective Danielle Helms at dhelms@matthewsnc.gov or 704-841-6706.