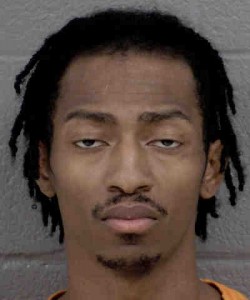 A man has been charged with murder after a 41-year-old was fatally shot near Uptown Charlotte early Sunday morning, according to police.

Through an investigation, detectives identified 29-year-old Hamza Malik Bratton as the suspect in the homicide case of Corey White. A warrant was then issues for his arrest.

CMPD, along with the United States Secret Service, located and arrested Bratton Monday without incident.

Police said following an interview with detectives, Bratton was transferred to the custody of Mecklenburg County Sheriff’s Office and charged with murder.

CHARLOTTE, N.C. — A 41-year-old was shot and killed near Uptown Charlotte early Sunday morning, sparking a homicide investigation, according to the Charlotte-Mecklenburg Police Department.

Off-duty police officers responded to West Carson Boulevard, near South Church Street, just west of Uptown around 2:15 a.m. after they heard a shot fired. Upon arrival, the officers located a man suffering from a gunshot wound.

Medic responded to the scene and transported the victim, identified as Corey White, to a local hospital. According to police and hospital staff, White died around 6 a.m. on Sunday due to his injuries from the assault.

Through an initial investigation, investigators determined that the victim was involved in an altercation in the parking lot right before he was shot.

This is an ongoing, active investigation.

Anyone with information about this incident is asked to call 704-432-TIPS and speak directly to a Homicide Unit Detective. The public can also call Crime Stoppers at 704-334-1600 or visit the Crime Stoppers website at http://charlottecrimestoppers.com/.