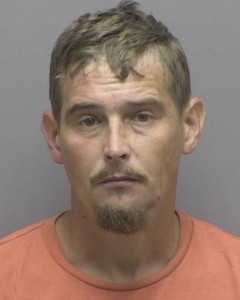 VALE, N.C. — A Lincoln County man was arrested Tuesday for stealing a lawnmower belonging to his neighbor, according to the sheriff’s office.

The victim informed officers that he believed his neighbor, identified as 31-year-old Jonathan Sharp, was responsible for the theft of his lawnmower. The incident happened at a Frank Cline Road residence in Vale.

Through an investigation, the Lincoln County Sheriff’s Office located the lawnmower at a pawn shop in Gastonia. The lawnmower was recovered and Sharp admitted to stealing the mower, according to detectives.

According to the sheriff’s office, Sharp was charged with felony breaking and entering, felony larceny and felony possession of stolen goods.