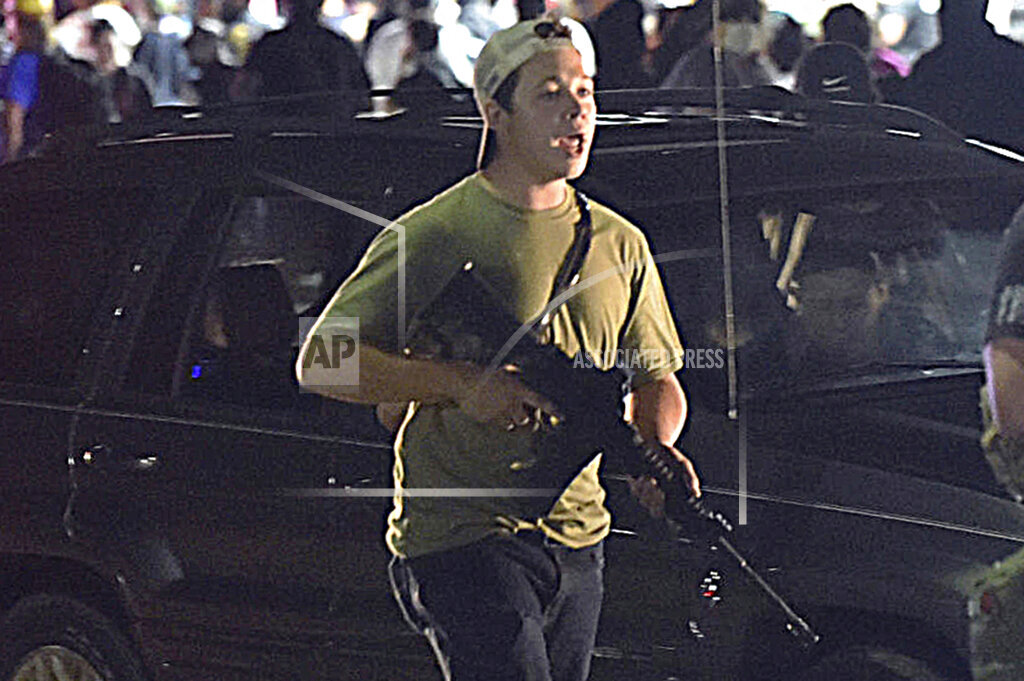 FILE – Kyle Rittenhouse walks along Sheridan Road in Kenosha, Wis., in this Aug. 25, 2020 file photo. Before midnight, he used his Smith & Wesson AR-style semi-automatic to shoot three people, killing two. After a roughly two-week trial, a jury will soon deliberate whether Rittenhouse is guilty of charges, including murder, that could send him to prison for life. (Adam Rogan/The Journal Times via AP, File)

A jury will soon deliberate whether Kyle Rittenhouse is guilty of charges, including murder, for shooting three people in Kenosha, Wisconsin.

Outside the courtroom, a debate already has played out across the country around the use of guns, particularly at protests over racial injustice and pandemic-related restrictions.

Some see Rittenhouse as a patriot, defending an American city from destruction when police were unwilling or too overwhelmed to do so.

Others see an irresponsible kid in over his head, enamored with brandishing a firearm, or someone looking for trouble or people to shoot.

On the streets of Kenosha that night, for a while anyway, he was just another person with a gun.