Human remains found near a creek in Cabarrus County earlier this month have been identified as a Mount Pleasant man who went missing in August, according to state investigators. 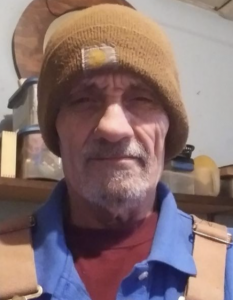 Police say the investigation into the disappearance of Piland has been ongoing since August of 2021, and they are optimistic that the discovery of his remains will lead to answers in this case.

The exact cause of his death remains under investigation.

MOUNT PLEASANT, N.C. — Detectives have opened an investigation after finding human remains near a creek in Cabarrus County on Wednesday.

The Cabarrus County Sheriff’s Office got a call from a resident on Pine Cross Drive in Mount Pleasant around 3:30 p.m. regarding an item they found that appeared to be human remains located in a creek behind their home.

Once officers arrived at the scene, they were able to confirm that the object was human skeletal remains.

Detectives also found additional items at the scene consistent with human remains in and around a small creek in the area.

Police have requested help from the North Carolina State Bureau of Investigation in gathering further information from the remains in hopes of identifying the body.