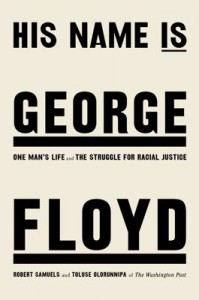 This cover image released by Viking shows ” “His Name Is George Floyd; One Man’s Life and the Struggle for Racial Justice” by Robert Samuels and Toluse Olorunnip. (Viking via AP)

NEW YORK — Two Washington Post reporters are working on a biography of George Floyd, from his family history in the tobacco fields of North Carolina to his murder last year in Minneapolis by a white police officer.

Viking announced that “His Name Is George Floyd: One Man’s Life and the Struggle for Racial Justice” will come out next May.

The book expands upon the Post’s six-part series “George Floyd’s America,” which won a Polk award.

Olorunnipa said in a statement that Floyd’s gruesome, videotaped death changed the world.