CHARLOTTE — Charlotte-Mecklenburg Police say a 35-year-old man has been arrested in the murder of a missing Gastonia woman.

Detectives with the Charlotte-Mecklenburg Police Department’s Homicide Unit have obtained 1st Degree Murder warrants against Charles William Combs, in relations to the death of LaPorscha Baldwin.  She was found dead in Fairfield County, SC. 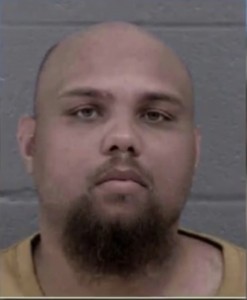 GASTONIA, N.C. — A Gastonia family is pleading to the public to help them find their missing loved one.

Baldwin has an 18-month-old baby.  She left the little girl with her mother to go to work Sunday afternoon.  Baldwin works as a delivery driver for Amazon.  But, her family says she never showed up for work, and never returned home.

Gastonia Police found her abandoned car on I-85 Southbound between Sam Wilson Road and Belmont.  Police have been trying to locate Baldwin’s ex-boyfriend, 35-year-old Charles Combs.  They say he is one of the last people Baldwin spoke to before she disappeared.

We looked up his criminal history, and found back in 2007 Combs served time for second degree murder.  Baldwin’s family says she would never leave her young daughter.

“If someone knows anything about her whereabouts please, please, I’m begging you, just call the police and send my baby home,” says Priscilla Baldwin, Laporscha’s mother.

Gastonia Police say Baldwin was last seen wearing a rose-colored blouse, blue jeans, and grey shoes.  If you have any information about her disappearance, call 911.

GASTONIA, N.C. — Detectives are asking for the public’s help locating a missing 30-year-old woman from Gastonia.

Authorities say Laporscha Chantal Baldwin last spoke with family members around 2 p.m. on Sunday, October 10th, but since then, her family has been unable to contact her.

Baldwin’s car was located abandoned southbound on I-85 between Sam Wilson Road and Belmont, according to police.

Detectives believe that Baldwin may have had recent contact with her ex-boyfriend, 35-year-old Charles Combs.

Investigators say they have been working on speaking with Combs, but have also been unable to locate him.

Police and family are concerned for Baldwin’s whereabouts.