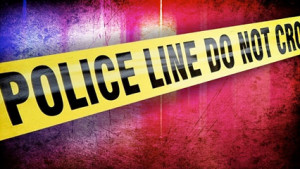 CHARLOTTE — Detectives with the Charlotte-Mecklenburg Police Department’s Homicide Unit are conducting a homicide investigation near the 2600 block of Olando Street in the Metro Division.

On November 27, 2021 shortly before 1:30 pm, officers responded to 2600 block of Olando Street in reference to an assault with a deadly weapon call for service.  When they arrived, they found a 14-year-old victim with an apparent gunshot wound inside of the home. Officers attempted to render lifesaving efforts and treatment prior to Medic’s arrival.  The victim was pronounced deceased on scene by Medic.  The victim has been identified as Vanessa Sarai Santos Garcia.  Her family has been notified of her death.

As a result of continued investigation, homicide detectives identified 18-year-old Junio Alexis Ramos Estrada as a suspect in this case. After an interview with detectives, Ramos was arrested and charged with Involuntary Manslaughter, Statutory Rape of a Person Who is 13, 14 or 15 Years Old by a Defendant Who is More Than Four but Less than Six Years Older Than the Victim,  and Possession of a Stolen Firearm. Ramos has been transferred to the custody of the Mecklenburg County Sheriff’s Office.